Everybody can make cupcakes but not everybody can make good cupcakes. And for the discerning taste buds of the people of the 303, good does not even cut it. You have to be great to be really appreciated. No wonder why the competition for the best cupcakes in Denver is getting fiercer each year.

And to add fire to the ensuing debate on who makes the best little cups of awesome in the 303, here’s is our own list:

If you want your cupcakes with a little kick then Tipsy Cupcakes is just right your alley. Get decadent versions of your favorite cakes infused with premium alcohols like Kahlua and Bacardi. Some of the favorites include lemon vodka, red wine red velvet, and chocolate whiskey. Your kids can order from the non-alcohol menu so they can join in on the fun. Best part is that they come in these cute little jars that makes it easier to eat.

If you are in Denver and never have tasted Gigi’s, you might either be living under a rock or not really in Denver at all. After all, there are several Gigi’s stalls and kiosks around the 303. What make them so successful, of course, is the cupcakes itself. They have these big cupcakes with generous frosting. But it’s not quantity over quality. The cupcakes are moist and the frostings are to die for. They said do one thing, do it well. Gigi’s do cupcakes and they do it great. 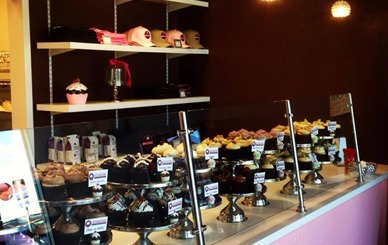 Try a different variant each day from Smallcakes and you will come out satisfied each time. The cakes itself are very moist and they are bigger than your usual cupcakes. They have 13 signature cupcakes including the red velvet, pink chocolate, hot fudge sundae, and peanut butter cup. Aside from those 13, however, there are still a hundred more choices like maple brown, tiramisu, and seasonal flavors like different apple pie varieties. It is difficult to pick a favorite  from all the cupcakes. You can literally go there with a blindfold, choose randomly but still know that you are in for a treat. 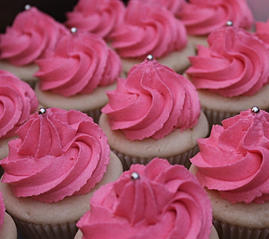 Watch out for the blue truck!! This food truck serves not only some of the most delicious cupcakes but the cutest as well. No wonder it’s a favorite during birthdays, weddings, and even bridal and baby showers. They have about 8-11 flavors readily available but if you want anything special or personalized, you can order in advance by a couple of days. They also offer gluten free cupcakes.

Aptly called the Church of Cupcakes, eating one of their treats is close to a religious experience. Not saying that you should worship the cupcakes but thanking the lord almighty for these moist delicacies is an acceptable response. After all, not only are the cupcakes so delicious the shop is so pretty as well. And for guys, there is a Foosball table to add some manliness to your cupcake eating day.

There are still more great cupcake stores around Denver? Which one do you think is the best?