You would think that a land-locked city like Denver would be the last place you would expect to find good sushi; but time and time again, the people of the 303 proved how discerning their taste buds are and that they are all about good food, whether it is native in Colorado, or imported from even the sea.

Denver has some of the best sushi bars in the nation but to help you in your quest for the best sushi, here are the joints that you should check out.

When people say sushi in Denver, the first place that comes to mind is Sushi Den. After all, a lot of people credit Sushi Den’s success as the catalyst for the surge in popularity that sushi is enjoying now in the 303. And after all these years, the sushi and sashimi here are still some of the freshest and bes-tasting in Denver. Add the modern décor of the restaurant, and you have the top go-to spot for sushi. Pro-tip, get a reservation before coming; the place is usually crowded and getting a seat without reservation can be difficult. 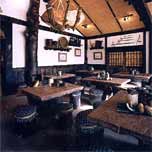 What sets this restaurant apart from the others is its design and ambiance. The restaurant actually does not feel very Japanese at all. With their stone tables and chairs made from tree stumps, this sushi joint have a more country and homey feel compared to other similar places. But make no mistake; they make great and fresh Japanese fare. Ingredients are actually flown in fresh from Japan.

If you are looking for variety or something different in your sushi adventure,  going to Banzai would be the best choice. After all, they offer more than a hundred different kinds of sushi in their restaurant. Some are classics while some are more adventurous. Depending on your mood, they have the sushi right for you.

If you are looking for something original, then John Holly’s is the place to go. Don’t be alarmed that the name does not sound Japanese. It is just some sort of nick name for Chef John Ye. Expect the unexpected as you get served original and unique sushi ideas.

If you are a purist and not interested in fancy servings or new ways of serving sushi, then Osaka Sushi is for you. This low-key Japanese restaurant does not look much but has quietly developed quite a following. There is no secret to their success. Just fresh, pretension-free, fine cuts of fishes.